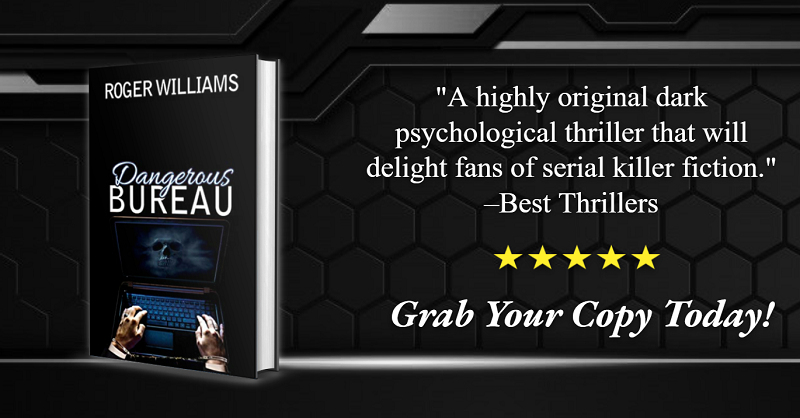 The Intellect Bureau. If criminals are super smart, Colvin will covertly save them from prison or execution in exchange for their brain power. They’ll number in few, but have extreme influence.

Tara Helms, a housewife and computer whiz, learns quite-by-accident that her child’s killer is in the IB. She’ll team with a dying, guilt-ridden, former IB agent in attempting to destroy Eric Colvin. The fight will be an arduous, brutal one – to the death.